Is that the sound of our society crumbling? This came to mind. 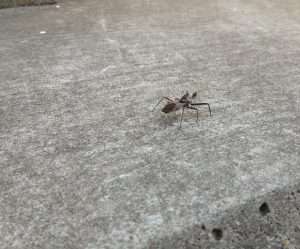